Dr. Isomorpheus was never about just comics for me, it has been much more.

So with the upcoming fest season we signed up a good deal with HG’s institute and he suggested contacting my college for the same.

the bookmarks and heart cards were a hit!

Before even filling up the form for the stall, HG and I devised a complete plan of what and what not to sell or exhibit. We came with ideas of math bookmarks, Dr. Iso mug designs, cute math love cards and cupcakes.


The thought of earning money took me back to my childhood dream. And that is when I contacted Shades of Happiness. We used their name on the stall and spent every single rupee in the profit to buy Sunday refreshments for the kids of that NGO.

Cupcakes with a message 🙂

Now back to putting up the stall:
Form filled. (Check)
NGO Deal finalized. (Check)
Brainstorming with HG! (Check)
Staying up the whole night to complete designs of all the bookmarks and goodies! (Umm, sort of Check)

I was a little short of designs because of the time constraints but then came the Pusheen cat with her magic wand to give me more cool designs for that. Thank you, Pusheen. :*

Now came the actual making of bookmarks, cards and decorations for the stall.

And I had 12 hours. That’s it! 12 hours before the fest.
The work seemed impossible for two reasons, one of course was the time and second – I don’t know how to use scissors properly. 😛 . Yes, I sucked at art class in school.

Guess who came to the rescue? Super Girl! 😀
Super girl stayed up the whole night with me cutting bookmarks and dancing on cheap old Bollywood songs. She made me cook Maggie and coffee for her as well. 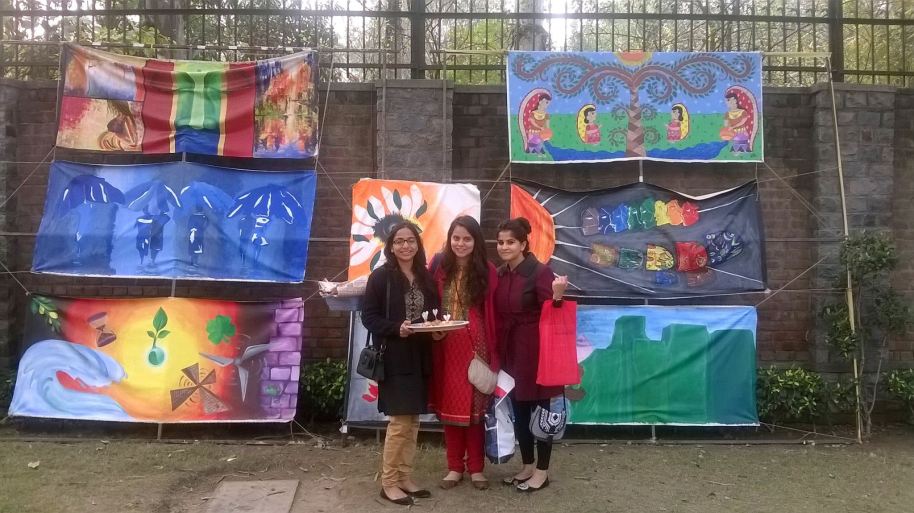 That is super girl and Pusheen 😀

Coming back to Dr. Iso, the stall was a hit. A complete hit!
I sold almost everything and the smile on everyone’s face that came to the stall (whether they bought something or not) is something I still treasure. HG and I never expected such a good response for math goodies but people seem to be interested in the “Iso Happiness” 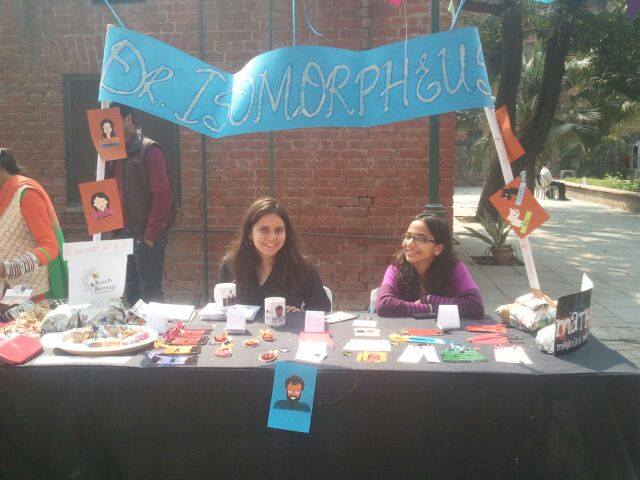 Now the time was to spread the “Iso money” and “Iso happiness”.
After a lot of planning, I went to Connaught place with Shtudd, Pusheen and Supergirl. We bought 40 McD’s aloo tikki and 40 mazaa drink for the NGO kids, rushed in Shtudd’s hawaijahaajh (his car!) to St. Columbus and distributed the burgers to those awesome kids. So well behaved and cute they are! 😀
Thank you Shtudd for the Hawaii jahaaajh. We would have never reached on time otherwise.

And this whole process made me so happy that I fell in love with mathematics much more by the time I reached home and ended up discussing some comics with HG!

So go ahead spread the MATH-NESS!

a big thanks to both of them. 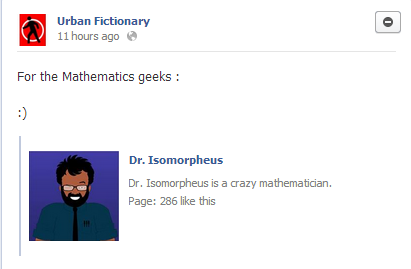 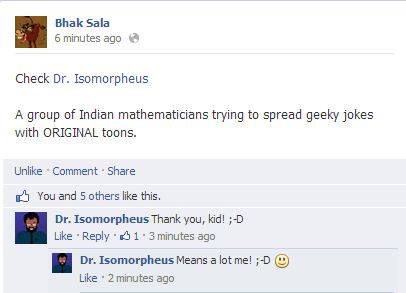 For more of  my public appearances go here